The country which lies in Shropshire, extends 26 miles north to south by some 24 miles east to west. From Whitchurch to the North of the area just within Sir Watkin Williams-Wynn's border, to Shrewsbury in the South.

Prior to the 19th Century, portions of Shropshire were hunted by various private packs, the Masters of which included George Foster, Squire Forester -"Flying Childe" of Kinlet - John Corbet, of Sundorne Castle (who took over the Warwickshire hounds in 1791, but still hunted portions in the cub-hunting and the spring); Sir Edward Smyth, and Jack Mytton of Halston.

The boundaries of the country have, therefore, undergone many changes. In 1838 the country was divided into north and south. The late Lord Hill reunited the country in 1866 and hunted it till 1869.

He hunted the north side till 1876, Sir Vincent Corbet then hunted the north side till 1880, when Lord Hill again took the whole country, which was continued by Mr. Heywood Lonsdale on his accession in 1883. In 1898 Mr. Bibby hunted a portion of South Shropshire for two seasons, since which time South Shropshire has become again a separate country. 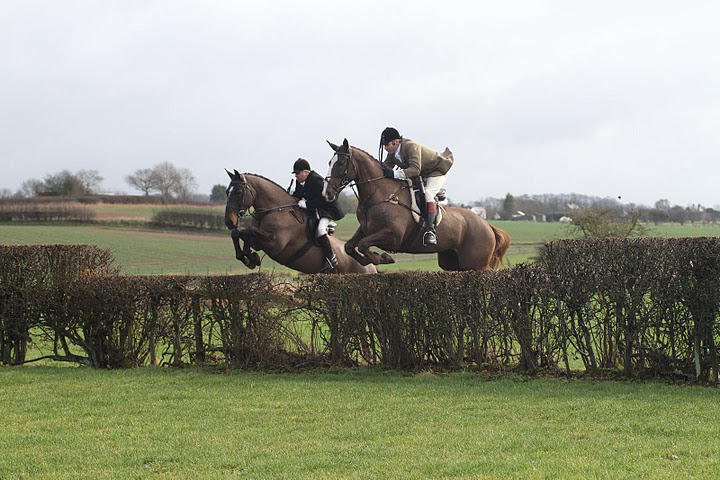 Our two day a week pack meet on Wednesday and Saturday.  We are lucky that we cover varied countryside so that we have something to suit everyone, from the novice to the more fearless!

The North Shropshire is renowned for being a very friendly and sociable hunt. Most meets are from public houses or lawn meets. All visitors will be warmly welcomed!

Since the Hunting Act 2004, The North Shropshire Hunt have hunted within the law.